Zirndorf, March 6, 2019 - Last week a dream came true for 6-year-old Jonas from Roth. Together with his parents and his sister, he visited the construction site at Piratensee in the PLAYMOBIL-FunPark.

Since September, construction has been going on at the FunPark and many pirate fans can hardly wait for the new pirate world to open. Jonas is one of them: Without further ado, he had cranes and construction machines move into the miniature FunPark on the play carpet of his children's room and recreated the construction site around the pirate lake. The FunPark team was so impressed by the photos that they invited the boy to take a look behind the scenes at the real construction site.

Mascot Pirate Rico welcomed the family and accompanied the FunPark regulars on a joint tour with colleagues of the FunPark team. At Piratensee the first parts of the new pirate ship are currently being assembled and the big crane can be seen from far away. Jonas took a close look at everything and couldn't stop being amazed - he could hardly believe his luck that he was the only fan who was allowed to visit the construction site exclusively with Rico. The whole family is sure: Now the anticipation is even greater and thanks to the season ticket, a visit to the PLAYMOBIL-FunPark will not be the only one this year.

But Jonas will have to be patient a little longer until June 8th when the new Pirate World will finally be opened. All pirate fans can look forward to a huge pirate ship, a stranded shipwreck and a mysterious pirate lagoon with hiding place in the area that has been enlarged to 2,900 m². In true pirate style, you can then go on a treasure hunt, find coins and gems, fire the water cannons on the pirate island or take a raft trip across the pirate lake. One of the ships is also accessible for wheelchair users.

By the way: A lot of fun and action is offered in the PLAYMOBIL-FunPark already from April 13th, because then the new outdoor season with many exciting action days starts!

Hello kids! What have you always wanted to know about the FunPark? Write to our pirate Rico to find it out! Every month we will publish one of his exciting replies. 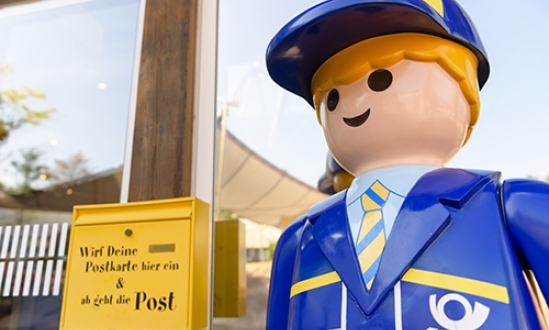 Sign up for our FunPark newsletter (german) and find out more about our events, news and promotions! 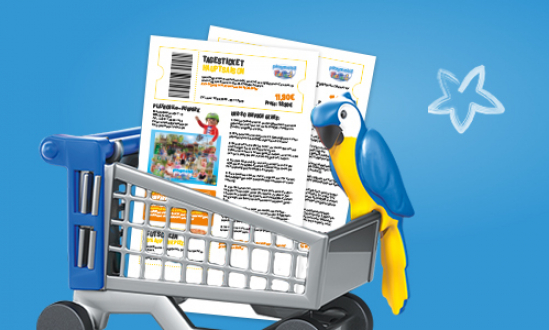 Get your tickets online

In our onlineshop you can easily order your tickets in advance from home and with the printed ticket you will get directly to the playing paradise!

To the online shop